We’ll also be joined by Marianne Long, Education Director at the Atlantic White Shark Conservancy who will talk about the Great White Sharks that visit Cape Cod waters. Pick up a copy of “Shark Bait” or get your book signed.

The Atlantic White Shark Conservancy will happily accept donations from those who feel inspired to do so.

Special thanks to Paul for giving Cape Cod Beer a shout-out in his book! We felt like celebrities!

Shark Bait Synopsis: Cape Cod has become the world’s hotspot for the Great White shark. In growing numbers, scores of the fearsome predators patrol local waters to hunt for their favorite prey among the crowded seal colonies. But, unlike JAWS, where a shark terrorized an island community, the beasts that have flocked to the shores of the world-renowned summer resort have been good for business. The spotter planes, shark warning pennants, beach closings, and occasional seal kills have created an air of excitement rather than fear. At least, that is, until Kirk Munson is found dead in Cape Cod Bay, and the suspected killer is a Great White named Emma. Part-time P.I. Aristotle “Soc” Socarides has been too busy trying to keep his charter fishing business afloat while attempting to avert a family crisis to pay much attention to all the shark fuss. But when he and his faithful old pickup truck become collateral damage in what should have been a routine oyster poaching case, he takes Munson’s place steering a boat for a film crew shooting a movie based on the legend of the reputed witch, Goody Hallett, and the notorious pirate, Sam Bellamy. As if things aren’t complicated enough, an old flame wants Soc to prove Emma is innocent. And a fading movie star Soc has admired for years requests his help dealing with  a gang of murderous thugs acting under the orders of an international war criminal. It doesn’t take long for Soc to find himself swimming in dangerous waters, where he learns the hard way that the most dangerous ‘sharks’ are the two-legged species. 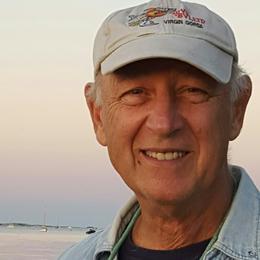